You are here: Home / Archives for National Holistic Pet Day 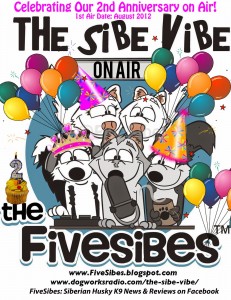 Last Sunday I was invited to participate in the anniversary edition of The SibeVibe on Dog Work’s Radio. It was a very special show not only because Dorothy of the FiveSibes fame was celebrating a two year anniversary of being on air, but also it was a show to highlight the National Holistic Pet Day […]